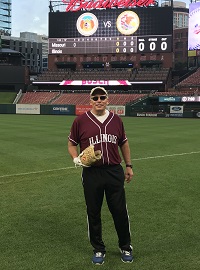 When he is not working in Springfield, Illinois Senator Dave Syverson enjoys playing regular games of basketball and baseball, but a recent back injury sidelined him from his normal active routine.

Syverson, 62, injured his back in May 2018 while playing in a celebrity softball game in Springfield. So, he sought treatment from an orthopedic specialist who suggested starting out with steroid shots, as he was diagnosed with a herniated disc, a condition that can compress spinal nerves.

In Syverson’s case, he was experiencing pain in his lower back and thigh associated with weakness. After two months, he was still in pain and consulted with Dr. Fred Sweet at Rockford Spine Center about surgery.

Dr. Sweet had recommended a minimally invasive discectomy, which was performed in August 2018.

“We typically recommend the least amount of surgery possible to try to resolve the issue,” he said. “Unfortunately, the herniated disc reoccurred almost immediately.”

As Syverson recalled, “I went home from surgery and didn’t have the relief I expected. About a week later, it got worse and the pain was so bad I had to be readmitted to the hospital.”

“I had relief right away,” Syverson said. “I was able to walk out of the hospital. I didn’t need physical therapy. It just got better and better.”

While it is a common fear and popular belief that spinal fusion surgery is debilitating and prevents patients from an active lifestyle, in the right situation, a spinal fusion can actually restore a patient back to their functional life and be a very positive surgical treatment. 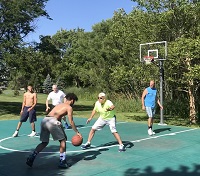 Within several months, Syverson returned to basketball and baseball and working out on his treadmill. A year after both surgeries, he has returned to full activity with zero pain. “That’s been fantastic – I’m very pleased,” he noted. 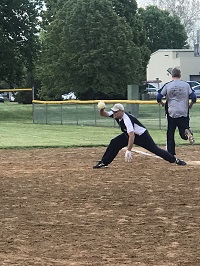 “Normally, people tell you after just one back surgery that you can anticipate having ongoing pain.”

Syverson had back surgery 15 years previous and was anxious that he might have some lasting issues. He was so pleased with the experience, he sent Dr. Sweet and his team a thank-you letter that included a few action shots of him on the softball field and the basketball court.