Back on the slopes after minimally invasive surgery
Posted on: April/03/2019 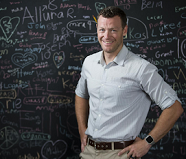 Kevin Finnegan loves to exercise. For many years, he enjoyed weight-training along with a full range of sporting activities. His back periodically would bother him, which he attributed to poor form while lifting weights. But five years ago, in the middle of a tennis game, he found himself having intense pain in the back, buttock and leg.

Like most of us, he thought the pain would go away by itself like it had many times before. But it didn’t. A friend noticed and recommended he see Dr. Michael Roh at Rockford Spine Center. There, he had an MRI and was given the diagnosis of severe radiculopathy, a condition caused by a compressed nerve in the spine. It can cause pain, numbness, tingling or weakness in the buttock and leg. Dr. Roh recalls, “Kevin has a high tolerance for pain and a willingness to avoid surgery if at all possible.”

At Kevin’s request, RSC tried conservative treatments for three years, including physical therapy, injections and steroids. Those helped for a while, but the pain kept recurring.

Another option – back surgery

He finally decided surgery was the best option. “Surgery is scary. Back surgery is doubly scary,” Kevin said. “But I was so miserable. I was at a point where I had to do something more permanent.” He talked to an acquaintance that had back surgery three months before and was doing great. “That reassured me going in. I was prepared.”

Kevin said Dr. Roh explained all the options. “They understood it wasn’t an easy decision for me,” he said. “Even though it was minor surgery to them, it was major to me.” Dr. Roh and his team explained that though some surgeons would recommend spinal fusion, the best choice was a minimally invasive microscopic lumbar discectomy (MLD) that removed damaged portions of the disc. The surgery is performed through a ½-inch incision, takes about 15 minutes and usually heals in seven days or less. “In an athletic patient like Kevin, the minimally invasive technique is especially beneficial since it preserves the back muscles far better than traditional, more invasive techniques,” says Dr. Roh.

Following surgery in February 2017, Kevin did physical therapy at Rockford Spine Center. “They helped me understand my back issue and how to deal with it,” he said.

Back to being active

Kevin was back to being active within weeks after back surgery and was at full strength within six months. “I’m working out as much as I was, but I’m more careful about what I do,” Kevin said. He just recently returned from a ski trip. “That was something I love to do and I didn’t want to lose.”

Had he been able to anticipate the good results, Kevin said he would have had the surgery much, much sooner. Dr. Roh says, “So many people put off back surgery thinking it has a long recovery time, which is simply not true anymore.” Still, Kevin raves about his entire experience, “They were wonderful to me. I feel fully back to normal.” Since his surgery, he has since referred many friends and colleagues to Dr. Roh and the Rockford Spine Center, which is the best testament to patient satisfaction.